What I Learned When I Attended a Workshop on Relationships

Opening Notes: “Below is a piece written by Tanvi Khemani, a writer and researcher highlighting their takeways after attending our workshop ‘Is This Us?’ in Mumbai.”

We’ve all grown up assuming that our relationships with our friends, family, and romantic partners will be smooth. If two people love and care about each other, things between them are bound to be good, right? Except, not really. Even when there is love, care, and respect in a relationship, things can go awry. Seemingly reasonable people can exhibit unhealthy patterns; and then there are abusive relationships which can cause a lifetime of trauma. As fundamental as relationships are to our well-being and happiness, they can also be messy, difficult, and painful. We all struggle with relationships more often than we’d like to admit.

I’ve dealt with my fair share of problematic people and problems in relationships. So I was intrigued by a workshop called ‘Is This Us?’ being organised by The Circle and TheMindClan in my city last week. The organisers had described it as a workshop to “share and learn to recognise what differentiates healthy from toxic relationships”. As I RSVP’d, I was thinking about romantic relationships, and how my friends and I have experienced the ups and downs and confusions that accompany them. Love is beautiful, I thought, but stable and healthy romantic relationships need so much more than just love. Our culture constantly pressures young people to settle into arranged marriages and we are often told that this is the only path to stability and long-lasting happiness. As someone in her twenties who wants to forge her own path, I feel a different kind of pressure- the need to be absolutely clear, confident, and in control of my love life. And this needs a lot of work. So I decided to see what I could learn about love and healthy relationships from an afternoon spent listening to other people’s stories, understanding different perspectives, and thinking more deeply about what makes relationships healthy.

“What is Love?” an Icebreaker

The first activity in the workshop was an icebreaker accompanied by discussions on what love is. I watched with awe as literal strangers opened up about what love meant to them, what it had done to them, what they felt about it. I’m one of those people who has spent hours enjoying pretty, fanciful poetry and songs on the beauty of love; but listening to other people’s perspectives on the realness of love was another experience altogether. Describing what love is, that too in one sentence, is not easy. I was amazed at how wise and articulate my peers were. We were all so young, but we knew what love was, what we wanted it to be, what it could be. Someone spoke of love as understanding and respecting the other person, while another voiced the sobering truth that love and loving can be harmful and destructive. The half hour we spent on this itself left me with a lot to think about.

Where Does This Fall On The Relationship Road?

After that, Shweta and Nadiya led an activity based on exploring the healthy-unhealthy-abusive relationship spectrum. The idea is that rather than seeing human behavior as objectively good or bad, it could be considered a spectrum: one end of the spectrum would have healthy behaviors, in the middle would be unhealthy behavior, and the other end would comprise toxic and abusive behaviors. Though definitions, discussions, and explanations of these terms abound online and in the counselling-therapy world, this workshop wasn’t about enforcing a particular definition or idea of what is healthy, unhealthy, or toxic. The activity was designed to let us decide what each of us considers healthy, unhealthy, or toxic; and to share our thoughts with the others. 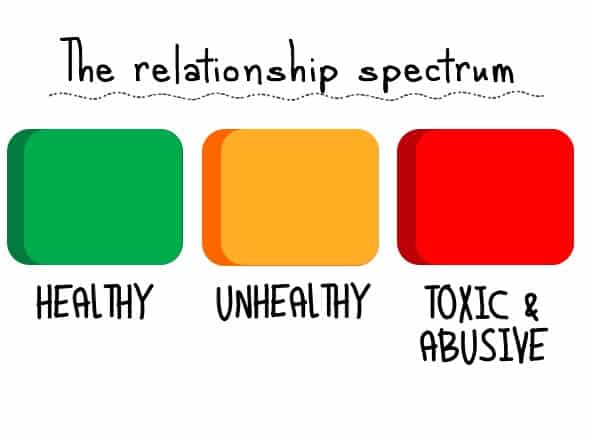 In this activity, which they call The Relationship Road, Shweta would read out a statement describing a particular behavior or situation. Each of us were to indicate where we felt the behaviour fell on the relationship spectrum. After discussing our reasons, we would reflect on our categorisation and could change it if we wanted to. A sampling of the kinds of questions we mulled over: Would using abuses during an argument be considered abusive behaviour? Is it ever okay to demand access to someone else’s social media accounts? If one’s friends judge and disparage them for changing how they dress and what they eat, can it be considered healthy? Is phoning and messaging the other person incessantly an expression of love?

Healthy, Unhealthy, And Toxic Are Personal And Subjective Notions

As I had anticipated, there was a range of responses from us participants to each statement. There was no absolute definition of healthy, unhealthy, or toxic in terms of relationships; and the lines between the three are agonizingly blurry. Many a time different people would label the same behavior as healthy, unhealthy, and toxic! This was partly down to the open-endedness of the statements Shweta had written, which allowed us to apply our own understanding and imagination to them and respond accordingly.

Deciding what one finds healthy, desirable, unhealthy, or abusive in a relationship is a very personal process. It depends so much on one’s own experiences and value systems. For some people, context is crucial when determining whether a behavior is healthy or harmful. They look at the intent, its effect, and the relationship between the people involved. This came up when we discussed a situation where someone demands access to the other’s phone and social media accounts. A few people said that if it is asked for with respect and shared with consent, it’s healthy; but if it is demanded or taken by force, it can be considered abusive. Someone asked, what happens when one is concerned about infidelity, or one has trust issues because of infidelity and thus asks for access? We pondered this. Someone responded saying that if the demand comes in this context and leaves room for dialogue, then it isn’t abusive, but unhealthy. This degree of nuance applies to most situations, which we explored through this activity. Many of the statements in the activity described situations I hadn’t personally experienced or really thought of before. Listening to others’ perspectives helped me formulate my own ideas about whether certain behaviors from my friends, family, or partner would be acceptable to me or not. This made me more self-aware and clear about my boundaries and my expectations from those who are close to me.

More than anything, this activity made me realise how much people’s notions of right and wrong can vary. How does one navigate a world where different people have different expectations from their friends, family, and partners? Self-awareness really goes a long way, I thought. Recognising our own needs and expectations from others, and learning to communicate them to people close to us is essential to forming healthy relationships. As I listened to the anecdotes shared by the participants, I realised that many mental health problems originating in relationship problems are a result of confusion, poor communication, and a lack of clarity. 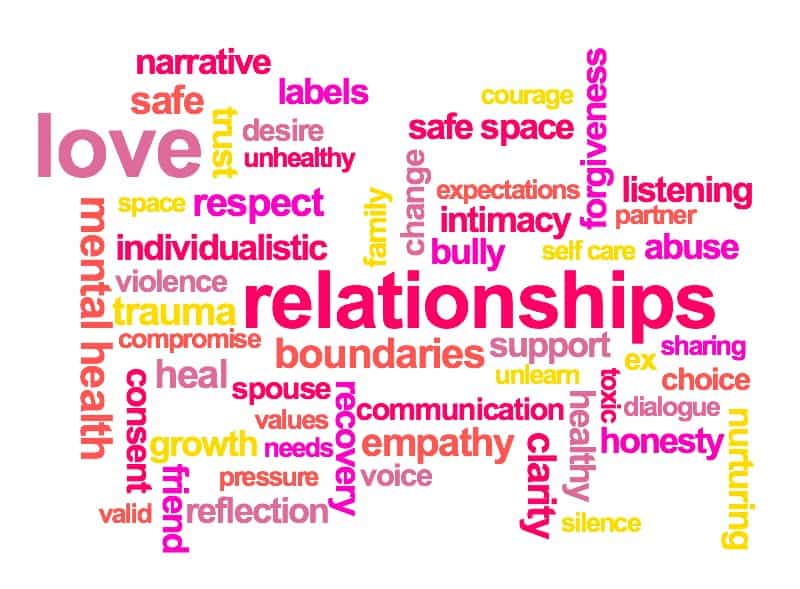 This activity also drove home the fact that many behaviors can occupy the nebulous space between two parts of the spectrum. We talked about how demanding or expecting constant attention from one’s partner is common at the beginning of relationships, so it is healthy. But the same behavior can also be unhealthy, especially if it bothers the other person or doesn’t take into account their need for space. I remember one person talking about how they didn’t initially mind a close friend’s jokes when they changed their style of dressing. But what started out as being harmless fun developed into a pattern over time that soured their friendship and caused immense distress to them. It was an eye opening story of how healthy behavior can become unhealthy over time.

The Sharing Circle: Being Heard And Believed Is Immensely Powerful And Cathartic

Then we broke off into smaller groups to share our own experiences of unhealthy and toxic relationships. It takes immense courage to open up about toxic relationships we’ve had, and the trauma they have caused us. In our culture, these topics are stigmatised and silence is encouraged, so many of us haven’t really been able bring ourselves to share our stories, even with our close ones. This leads to repression and years of carrying unhealed emotional trauma. Though I was very nervous about sharing something so personal with strangers, I also knew that being listened to without judgment can be very healing for someone with unresolved trauma. The very act of describing a traumatic experience, and being heard and believed is immensely powerful. 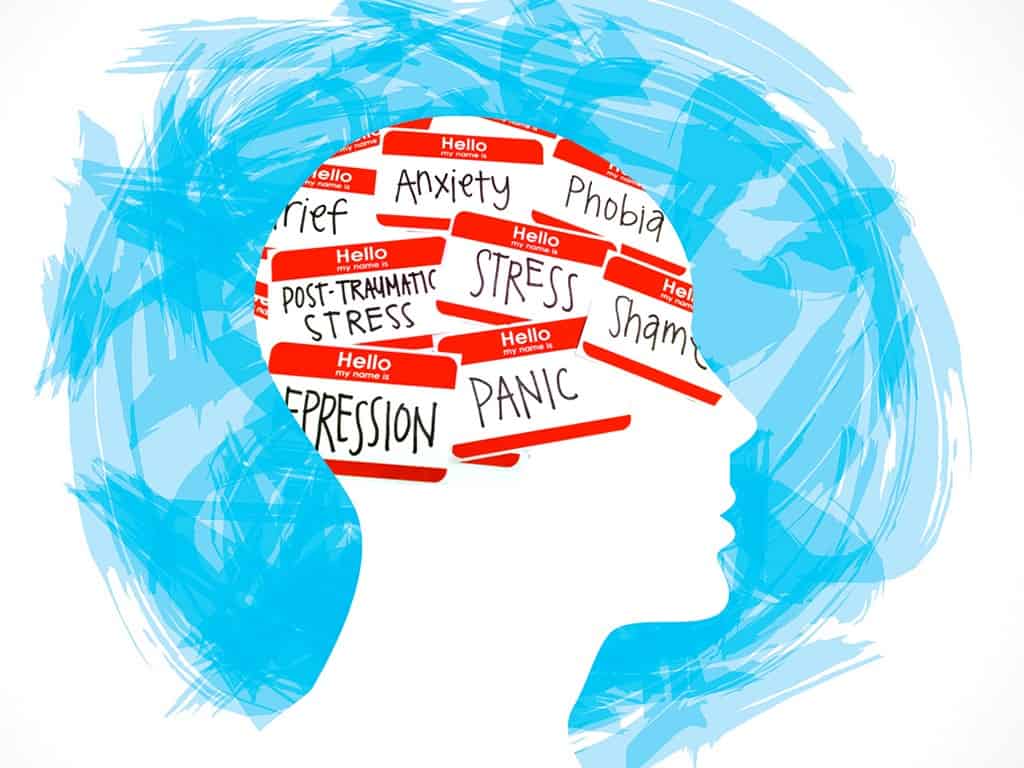 In my group, each of us had experienced unhealthy and toxic behaviors in different relationships- a parent, a partner, and a mentor. Shwetaand Nadiya had prepared a few questions for each group that encouraged us to think deeply about not only our experiences, but how we felt then, how we responded, and where we were now with regards to those relationships and our feelings. We agreed that what was shared between us would be kept within the group, and that there would be no blaming or shaming. Sharing my story in this safe space was a very empowering act. The acceptance, validation, and support I got from my group members helped me process some memories and trauma I haven’t thought about for a long time. The sharing circle reminded me that our culture of silence and repression masks the fact that abuse and toxicity are extremely common in relationships. Reflecting on our experiences, however difficult it is, can lead to self-growth and self-discovery.

My Takeaways: Reflections On Relationships, Well-Being, And The Power Of Community Support

After the sharing circle activity, we talked about well-being in the context of relationships. Being in any relationship requires a degree of vulnerability and acceptance. Opening up to people, trusting them, letting them into our lives can be a wonderful thing. But when things go awry, it can really affect one’s mental health. Romantic relationships in particular can be confusing, as we navigate new people and new situations that test our limits and boundaries. As we grow and change, our expectations and boundaries for our family and friends can also change; and this can be hard to identify, much less voice to them. There is far more awareness about the importance of mental health today; and people are working on themselves by going for therapy and counselling, by reading and studying about mental health problems, and seeking tools to combat them. But these options might not be accessible to all of us. This workshop made me realise how much one can learn by speaking to others and listening to their thoughts and experiences. Strangers can be a safe space, a resource, and a source of new perspectives and learning.

The article above is a post written by Tanvi Khemani. You can reach out to the author personally here. If you’d like to contribute to our resources through illustrations, stories or poems around mental health or self-care, reach out to us here. The opinions expressed & links embedded in this post are those of the authors. They do not purport to reflect the opinions or views of TheMindClan or its team.

You already have the skills, intentions, and the know-how to care for your mental health. Learn how we can help you discover them 🙂

We are constantly adapting and evolving our style of writing and manner of conveying content through processes of feedback, learning, and growth. If you have any thoughts about the article here, feel free to Write With Us on community@themindclan.com. We’re always open to receiving feedback and figuring out ways to make our content more respectful, relatable, and resonant.